Let’s talk about this little gem.

With a collaboration of masterminds from Nice Guys & Nevermind’s how could you possibly go wrong? After what seems like a decade in the making, Danger Danger finally opened the last week of March. I think I heard a silent cheer in the city.

Normally I am not one to run to a newly opened restaurant as they typically have to work out the kinks. This one though, I knew we were going to go regardless of how long they have been open. When I say it newly opened, I mean 3 days …. Seriously ….3.

Ok, let’s get to it, I know you came here for the food. If we are talking about Nice Guys & Neverminds you know the menu with be eclectic. That is exactly what it is. Think southern fried chicken meets a taco stand and gets rolled up in a pizza.

We specifically went for the Cape Coral Hot Chicken & the Fried Pickle’s and ran into a taco on the way. 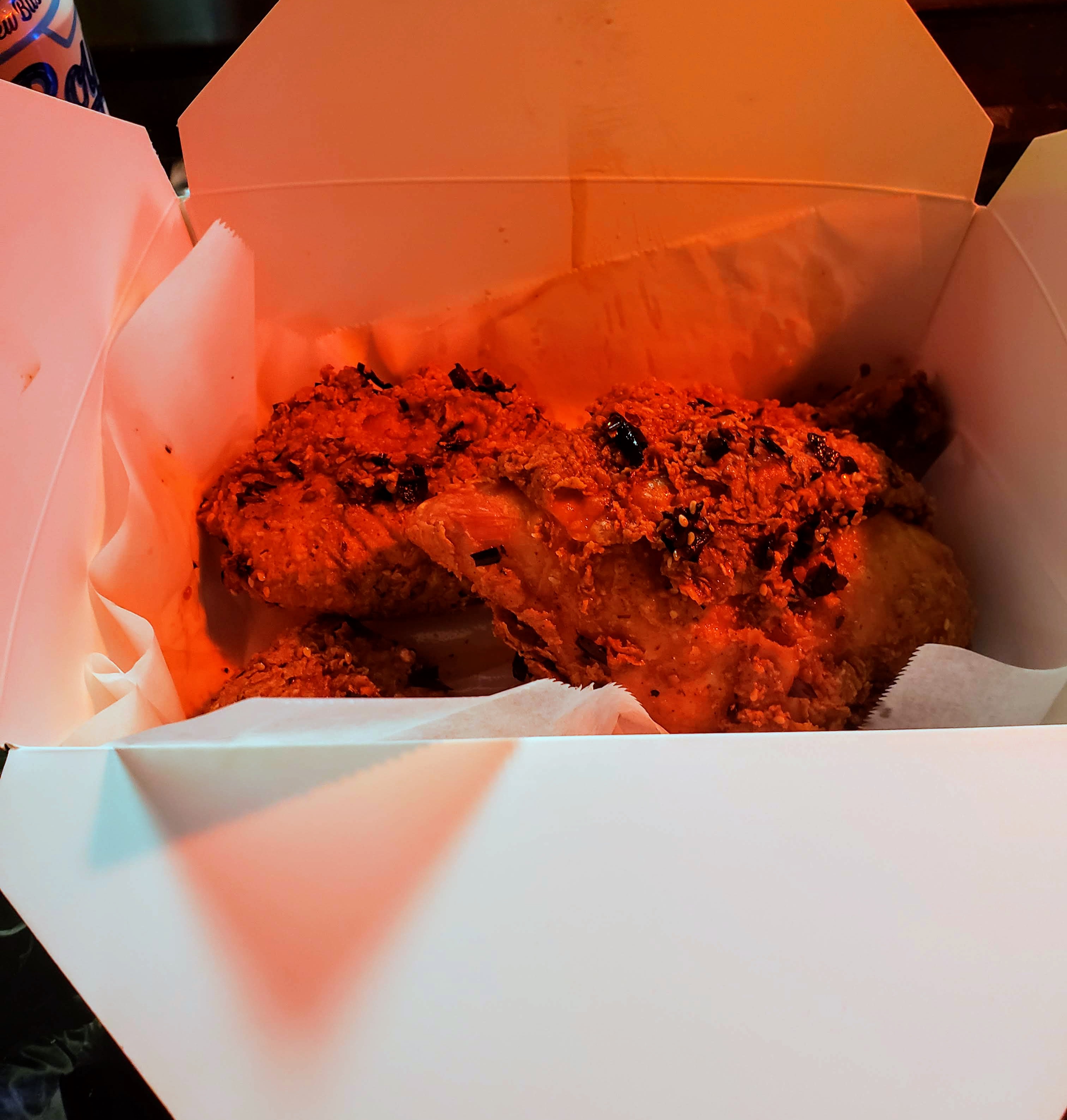 Cape Coral Hot – Nashville hot inspired. We got the 4-piece box with 2 sauces. This chicken was cooked perfectly! I typically do not eat breast meat and it is far too dry for me, but this was moist and tender and ridiculously good. It looked like it had been brined prior to frying and the spice in the breading was excellent. Then the dip happened, into the chili goodness. The heat level will not blow your head off and the mix between spice and flavor is a great balance. If there was any critique it would be that the breading was delicious but while piping hot it fell off the chicken. Although, the next day after being in the fridge it was perfect cold and even more spicy. The sauces were a pungent black truffle honey mustard and their homemade ranch. Both delicious and many additional varieties to choose from. 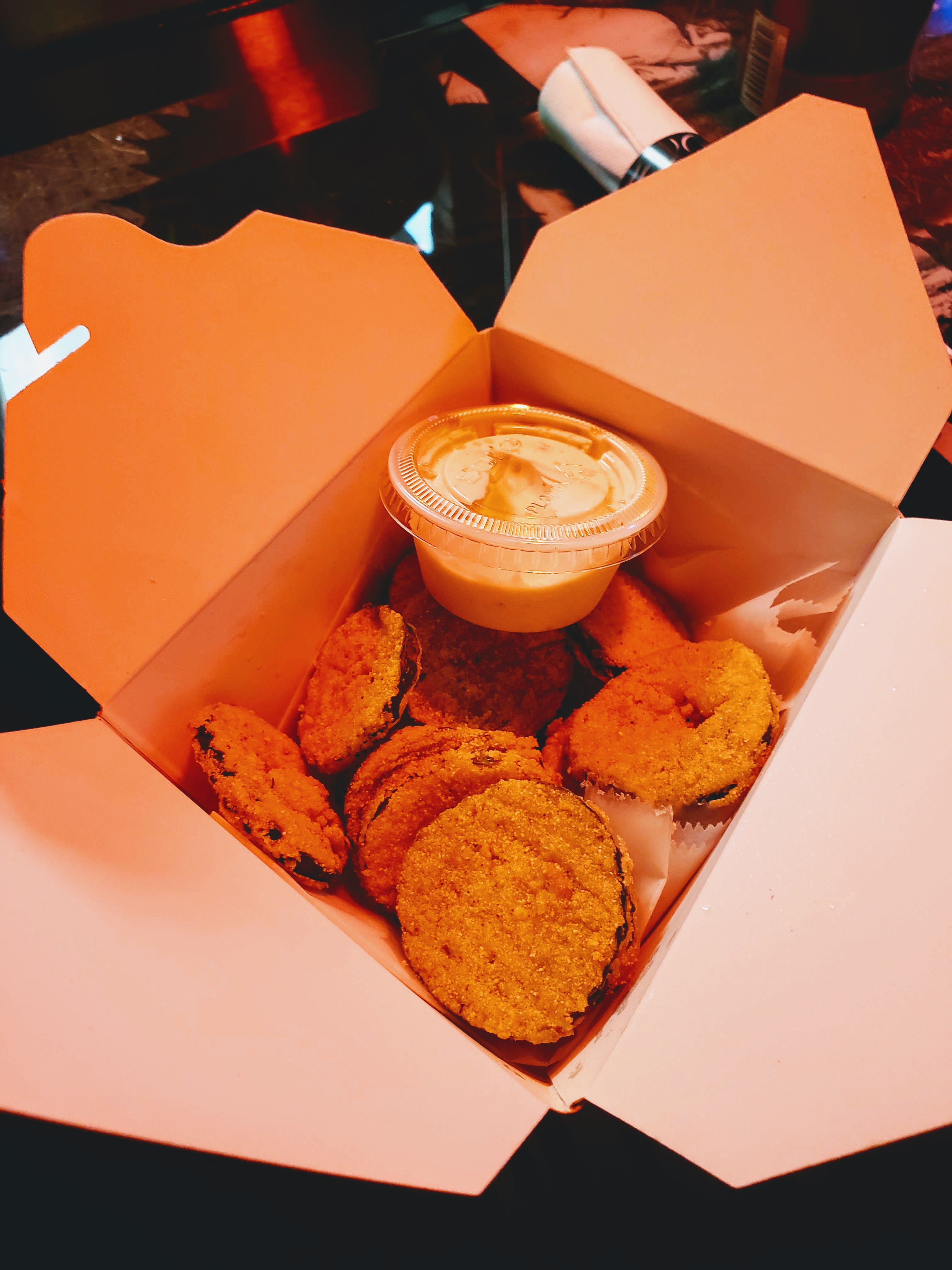 Think perfect little rounds, fried to crisp deliciousness and served with homemade ranch. They gave you that perfect balance of brininess/salty/crunchy yumminess (technical term). The accompanying ranch is the cool finish that rounds the dish out. 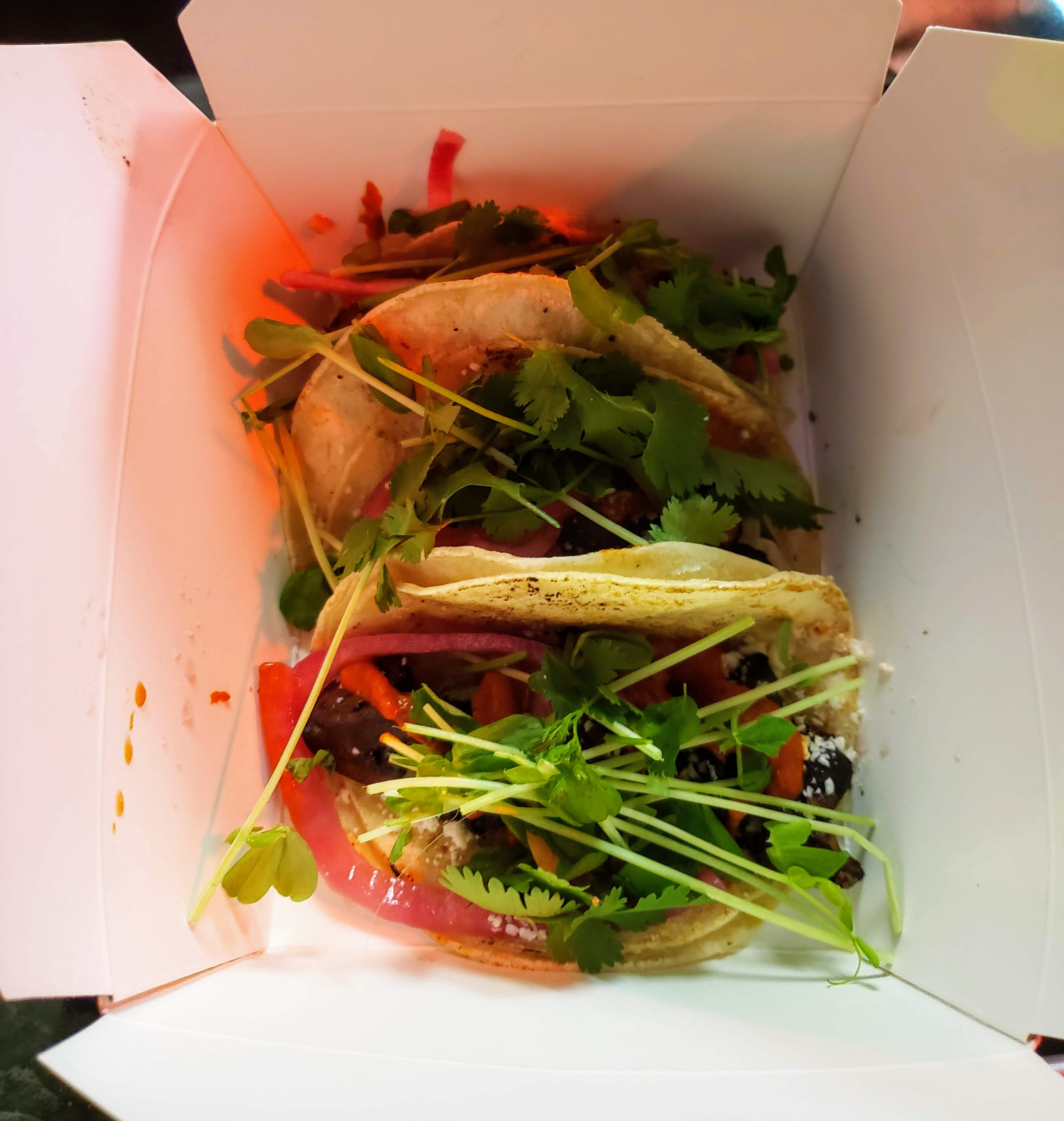 Since we already had ordered chicken, we went the vegetarian route with the taco. Talk about a little tortilla of goodness! This one came with crimini mushrooms, black bean, guajillo romesco, salsa macha, cotija cheese, sprouts, pickled onion. The blend of flavors with the cool crunch of the cilantro and the actual “meatiness” of the mushrooms made it the perfect combo.

Make sure you check out their Facebook page, see if they are open and get over there for some delicious grub!

The Case for Cast Iron     This post may contain affiliate links that I can earn money from if you purchase. If you're like me, your kitchen is probably full of gadgets that you never use. That spiralizer that was going to revolutionize the way you eat vegetables?...

Mussels & Chorizo For me Mondays are hard. Well, they probably are for most of us. You just came off your couple of days off, put in full time where you work and now you are responsible for dinner. Ughhhh. I try and keep things light on Mondays like doing a simple...

Greek Inspired Lamb Meatballs You know when you have one of the weekday nights were you just want dinner to be easy??? Well I have those all the time. This was a Monday and those are my toughest days when I get off work. The night before I knew I needed to plan for...

Flavor Bomb Alert! Brussel Sprouts… You either love them or hate them is what I find. Growing up my yuckiest memories are of boiled dead brussel sprouts. So overcooked and mushy that no amount of butter or salt would fix them. And for the love of all brussel sprouts...

This website uses cookies to improve your experience while you navigate through the website. Out of these, the cookies that are categorized as necessary are stored on your browser as they are essential for the working of basic functionalities of the website. We also use third-party cookies that help us analyze and understand how you use this website. These cookies will be stored in your browser only with your consent. You also have the option to opt-out of these cookies. But opting out of some of these cookies may affect your browsing experience.
Necessary Always Enabled
Necessary cookies are absolutely essential for the website to function properly. This category only includes cookies that ensures basic functionalities and security features of the website. These cookies do not store any personal information.
Non-necessary
Any cookies that may not be particularly necessary for the website to function and is used specifically to collect user personal data via analytics, ads, other embedded contents are termed as non-necessary cookies. It is mandatory to procure user consent prior to running these cookies on your website.
SAVE & ACCEPT

Download Our FREE Ultimate Party Planning Checklist Now And Get All The Latest Updates!

Your Ultimate Party Checklist is on the way!